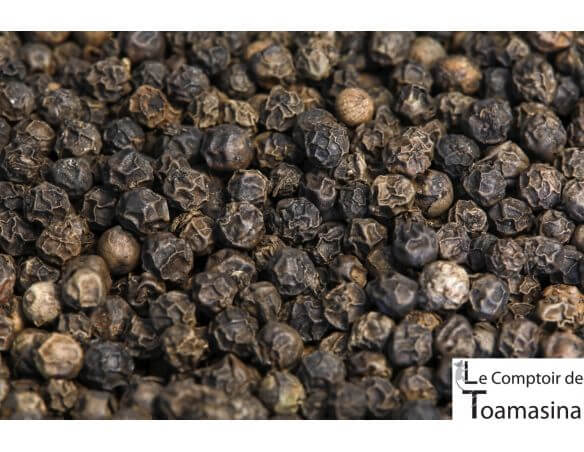 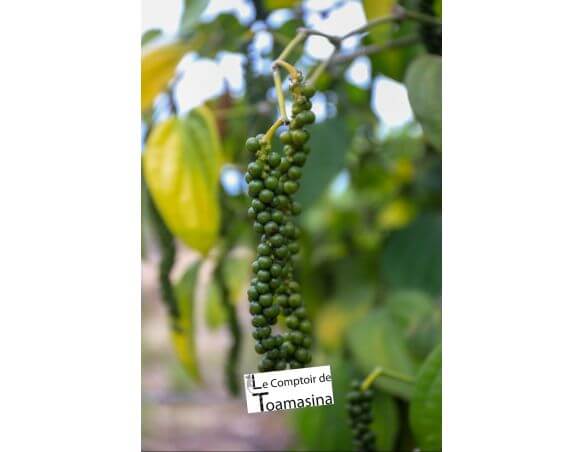 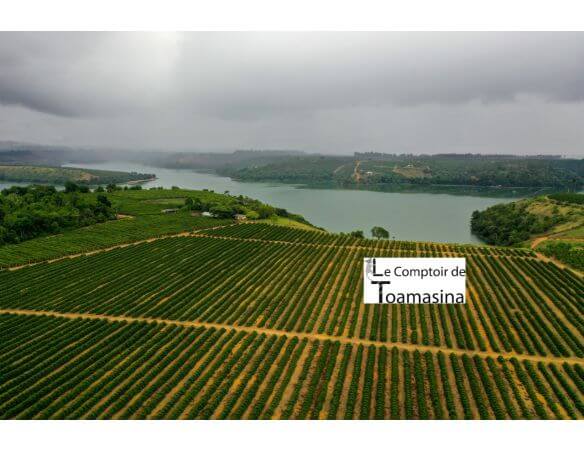 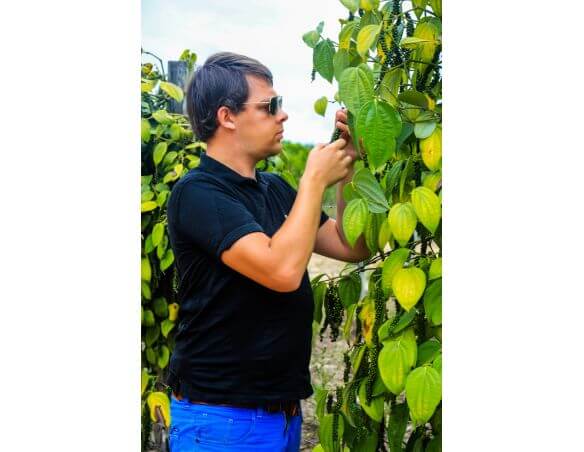 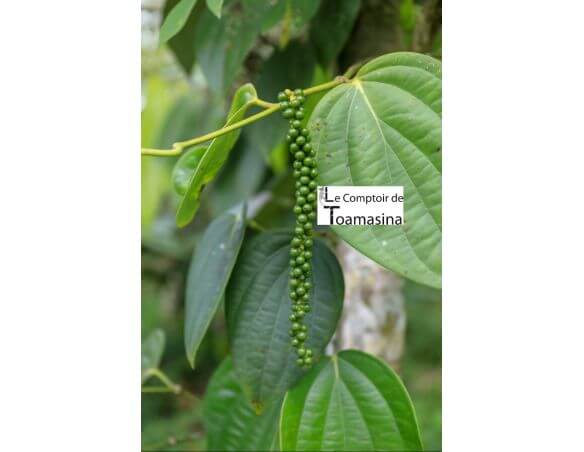 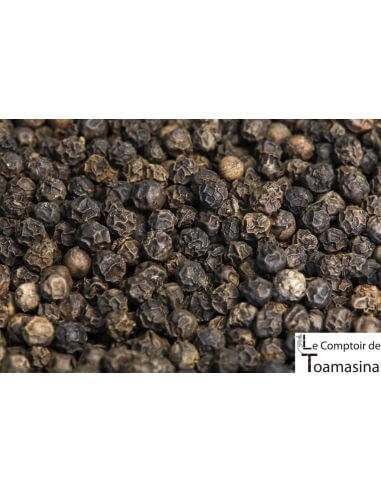 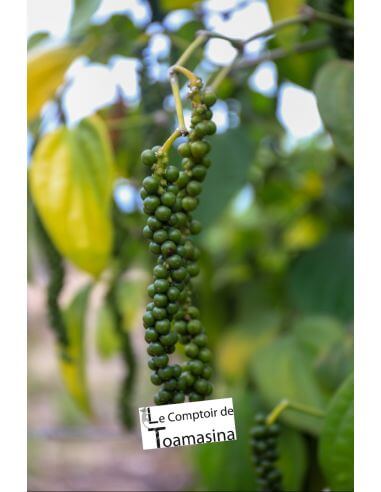 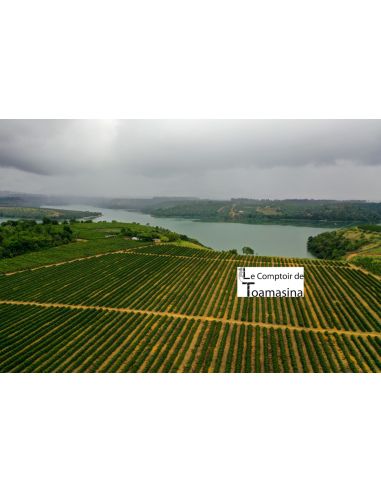 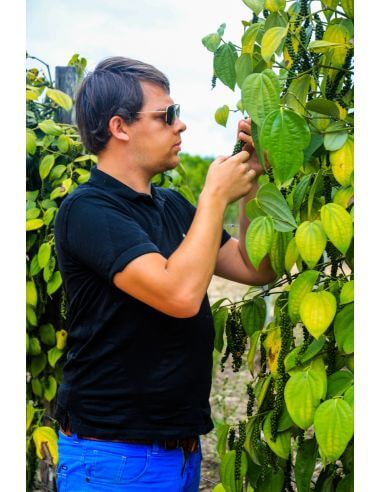 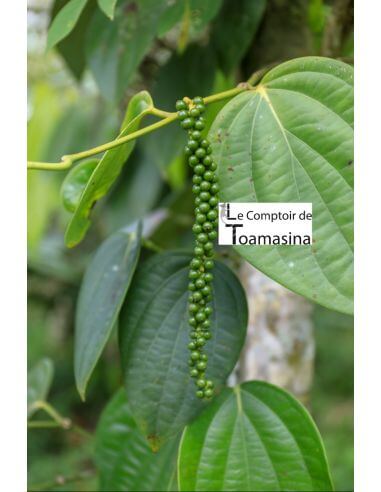 Brazilian black pepper is extraordinary with wild and intense notes.

It offers a strong and refined spiciness with notes of citrus and musk.

Discover and buy online the best black pepper from Brazil. Arnaud, the creator of Comptoir de Toamasina selects for you the best peppercorns in Brazil, directly from the producer.

Black pepper from Brazil and its magic notes. At Comptoir de Toamasina, a real pepper hunter of excellence, we are going to offer you 3 origins, Belem pepper, Bahia pepper and that of Espirito Santo, the leading pepper producer in Brazil.

Brazilian black pepper with very wild, animal notes with a fresh side.

We will soon offer you white pepper from Brazil, we had samples in November 2019 and we found this sample very promising with citrus notes for a white pepper and all organic and demeter. He will be arriving soon.

Thanks to our subsidiary in Brazil, Abaçai, created by Arnaud Sion creator of Comptoir de Toamasina. We are the first Franco-Brazilian grocery store to market black pepper from Brazil, directly from producer to consumer.

The Origin of Brazilian Black Pepper

At the time of the great navigations, in Portugal, a phenomenon is being born and Portugal is the pioneer.

Portugal sets out to conquer new roads and people in search of food and spices.

The Piper nigrum pepper is a liana from the Piperacea family, originally from India and introduced to Brazil in the 17th century by the Portuguese.

At that time the main use was food seasoning, in particular, cold meats and sausages. Today pepper is everywhere in the pharmacy industry, including perfumery, food and finally on our table. 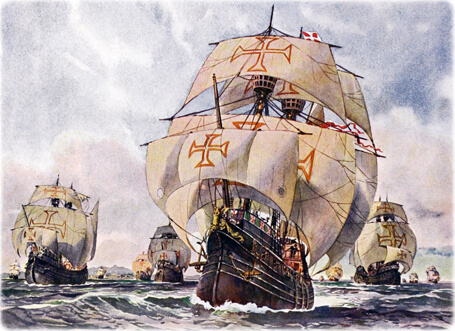 According to IBGE, Research Institute in Brazil, Brazil produces around 50 tonnes of peppers on 19,400ha.

85% of Brazilian production is exported. You should know that pepper farming in Brazil is done by small farmers.

Pepper consumption increases by 3% each year on average, particularly with India, China and the Middle East.

Amazing taste and aroma - Brazilian taste and nature on your plate

I wanted to share with you one of the jewels of Brazil. With our Ford Ranger, we go straight to the plantation every year to get the best black peppercorns from Brazil.

Espirito Santo is a bit the port of Minas Gerais, it is in this state that a lot of goods leave Minas Gerais to sail to Europe.

Arnaud Sion, the creator of Comptoir de Toamasina encountered during a trip to Brazil, a pepper plantation with peppercorns with a rare and remarkable aromatic quality.

The grain of pepper from Brazil, does not crunch under the teeth, it offers an incredible aromatic palette and you will discover a symphony of flavors on the palate.

To do this, we must return to the origin. Arnaud Sion left France and Europe in November 2015, to settle in Brazil, in Minas Gerais.

In a first, he made discover our vanilla of Madagascar of excellence to the chefs of Belo Horizonte, then over the meetings, he went to discover the producers through.

First by bus, he crossed Brazil to meet coffee producers in Sao Paulo, Minas Gerais, super food Guarana and Açai here it was 3 hours by plane.

Then in July 2017, we buy our own 4x4 in order to buy Brazilian flavors directly from the plantation and meet them. Because in the rainy season, it is very difficult to move inland and the Ranger makes all the difference.

We wanted to offer you a sun-drenched pepper that will go off the beaten track. To get to the plantation only dirt roads.

Espirito is one of the main producers of pepper in Brazil, thanks to its land and its climate close to the sea.

Packaging: In bottle or sachet

What is the difference between Brazil black pepper and the others?

Brazilian pepper will translate into its wild and fresh notes.

It is a real pleasure that we make you discover a pepper of excellence.

It is during a weekend in the state of Espirito Santo, in heavy rain that Arnaud Sion gets lost in a dirt road.

He arrives in front of the Fazenda and asks for his way and discovers that it is pepper.

An appointment is made for the next day and the rain gave way to the Sun.

You should know that the work of Brazilian farmers are remarkable. After a few discussions and a new visit to see if the plantation respects our desire for sustainable and responsible agriculture, we buy our first bags.

Which we bring back to Minas Gerais and shipping to France.

We offer black pepper accessible to the greatest number from sustainable and responsible agriculture.

In which recipes should you use your Brazilian black pepper? 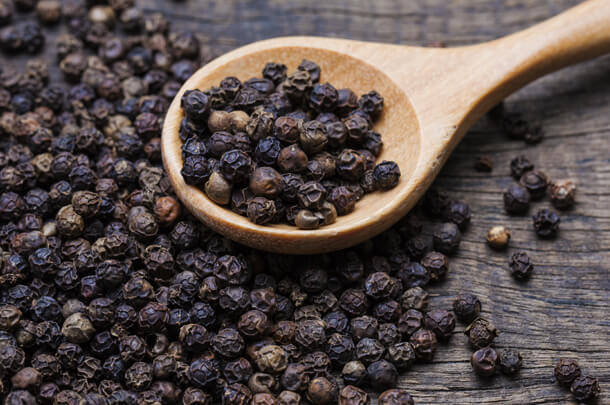 Brazil black pepper is a pepper for your. It will allow you to discover its animal notes.

You can actually use it anywhere.

It is a symphony of flavors that will take you out of the traditional pepper routes.

It is the great friend of salt, you will be able to use it on all types of savory dishes: meats, fish, vegetables, sauces.

It will do wonders in breadcrumbs, chicken, cheese or tofu.

We recommend that you beat it with a pestle just before serving. It will at best exclude its symphony of flavors.

Do not hesitate to do like the Brazilians and barbecue with black pepper from the ground and crushed to put it on your meat.

How to store and use your Brazilian black pepper?

Pepper is sold too often in powder in the trade is sad.

In this form, it will quickly lose its aromas to leave only a taste with no tessitura.

To make the most of the scent of pepper, it is best to always buy whole grains and grind it at the last moment with a coarse-mill or pestle.

Store your pepper away from light and temperature shock. Especially if you buy in a 500g vacuum bag. The packaging of 50g PET bottle and sachet up to 200g are specially designed to preserve the flavors of pepper and not to let UV rays pass.

Be careful never to leave it for too long in cooking, it can become bitter. Add it unique at the end of cooking.

A little advice: Never have your hand too heavy on the pepper or it can simply transform your dish.

Thanks to our subsidiary in Brazil, we are going directly to the plantations to finally guarantee you black pepper - Brazil in high quality.

Our black pepper is selected by us directly on the plantation.

Our partnerships with local producers (pepper producer) reduce the middleman and thus reduce the price.

Buy black pepper from Brazil at the best price per kilo at Comptoir de Toamasina.

If you want to buy directly from Brazil, please contact us. 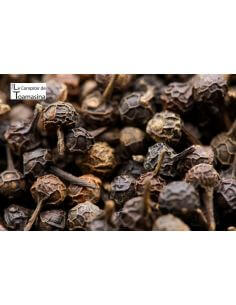 PCBM
€5.10
Cubebe pepper with a fresh and minty aroma. Cubèbe Pepper is an excellent pepper, a gourmet pepper. The Cuban Pepper or Pepper with tail is very tasty with tasty notes and with a taste of fresh mint naturally. It is an ideal pepper to sprinkle with cavaillon melons.  Pepper power: 4/10 Main Notes: Menthol and Eucalyptus Notes Use: Salad, dessert and... 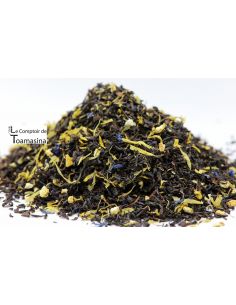 TNR
€4.50
The Imperial Russian Taste Black Tea is French excellence. It is a blend of black teas from Kerala and Ceylon selected and flavored with citrus essential oils. It is a well balanced tea with its citrus notes. Come and discover a bouquet of flavor. Power of scented black tea: 7/10 Main notes: Citrus and woody To savor: In the morning and in the afternoon... 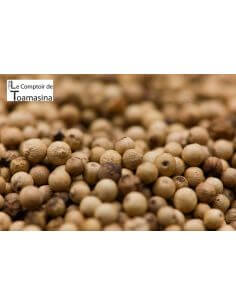 PBM60
€4.50
Whole Muntok White Pepper with a very spicy taste. It’s a white pepper with a lot of fire. It has a background of burnt herbs, musk, mint and camphor. A white pepper ideal for farm poultry with a sauce, crunchy vegetables, sautéed in butter, a turbot with Hollandaise sauce or a caramel chocolate fondant. Pepper power: 6.5 / 10 Main notes: a mixture of... 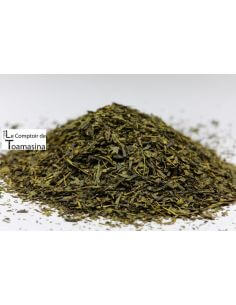 TNC
€4.50
Indian black tea flavored with calabria bergamot. Superior Earl Gray black tea with the finest quality of tea. It will enchant tea lovers with this fine calabrian bergamot. Power of scented green tea: 9/10 Main Notes: With the characteristic flavor of bergamot To savor: In the morning and after the lunch Discover the delicious Earl Gray green tea with the...

ECB50
€3.50
A barbecue like in Brazil! Give your barbecues, grills, planchas, Gaúchos flavors, as if you were there. Our Brazilian churrasco spice is an aromatic blend that comes straight from Brazil. It is a fairly hot spice blend perfect for making wonderful marinades with incredible aromas in seconds. Find Brazil on your plate. Association in cooking: Ideal for a... 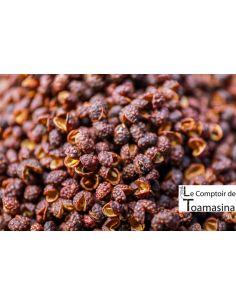 PDTN30
€5.00
Timut pepper or Timur berry is a rare and extraordinary pepper. Timur Bay is surprising on the palate with notes of citrus and more specifically pink grapefruit. A culinary invitation to make fish and salad. In a 30g bottle of Timut Nepal pepper or a 120g and 500g sachet. Buy the best timut pepper at the best price per kilo. Pepper power: 9/10 Main Notes:... 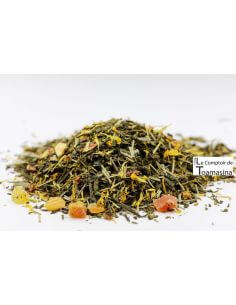 TVSB1
€5.00
Bahia Sun Green Tea is a 100% Brazilian creation that comes directly from Bahia. We studied the mixture during our stay in Bahia, the meeting of passion fruit, lemon, delicately dotted with flowers. A beautiful afternoon or a warm evening under the Salvador sun. Buy an iced tea to make at home online. a tasty tea with Brazilian notes. Le Comptoir de...

CBC30
€3.00
Real cinnamon bark from Ceylon, our cinnamon has a C5 classification which makes it the best cinnamon in the world. Our Ceylon cinnamon has a taste that is both warm and sweet. You will discover a cinnamon with a fine and intense fragrance.Power of the spice: 5/10Main Notes: Warm and sweet cinnamon notesUse: In both savory and sweet cookingOrigin: Sri...
View 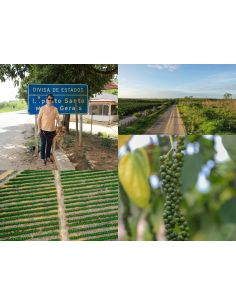 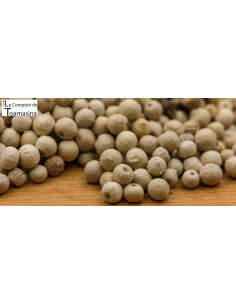 PBSLC
€4.50
Sri Lanka white pepper (Ceylon) is a white pepper with a powerful nose and its animal flavor. It is balanced and very fine on the palate. It is ideal for marrying vegetables and salads. It will do wonders on white meats and fish. Pepper power: 7/10 Main notes: Camphorated and sweet, slightly floral Use: White meats, vegetables and Sauces Origin: Ceylon...
Tap to zoom